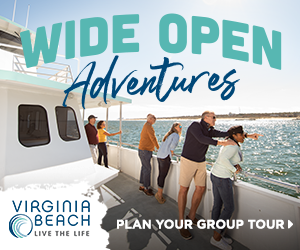 NTA Government Relations Update and a Call for Action

The past week was a busy one for NTA members and staff focused on government relations. Three topics in particular warrant your attention:

Needed: Your Ideas on a National Tourism Strategy

The Task Force on Travel and Competitiveness needs your input. Established by executive order last month, the task force will develop a national travel and tourism strategy for the United States by April. To do that, the task force is seeking

For both questions, the group wants suggestions for a one-year and five-year outlook, plus methods for measuring progress. You’ll find background information and the process for making your comments here. The deadline is Feb. 28.

"This legislation will create a safer air transportation system with greater capacity," said Lisa Simon, NTA president. "It funds much-needed airport improvements and expansions across the country, plus our air traffic control system can now be modernized with NextGen technology."

NTA has placed a high priority on passage of this legislation since 2008, following the expiration of the last long-term bill funding FAA.

"Passage of a four-year bill provides stability," said Simon. "This is a great start toward increasing the United States’ global competitiveness, and we look forward to the next step: improving intermodal access to the nation’s airports."

NTA joined with at least 40 travel organizations and signed a letter to U.S. Senator Mark Begich in support of his amendment to Senate bill 1813, the "Moving Ahead for Progress in the 21st Century Act" (MAP 21).  The amendment will help ensure that state departments of transportation and metropolitan planning organizations will work with local travel leaders on long-term transportation plans that support economic growth by enabling travel and tourism. The amendment will also allow STOs and DMOs to better advocate for important travel-related transportation projects, including intermodal connections, safety improvements, congestion relief, capacity enhancements and the maintenance of scenic byways.

GR note: The Grassroots Congressional Travel Summit now has an official hotel: Courtyard Washington, D.C./U.S. Capitol is offering a rate of $229 for the May 8-10 event. When making online reservations, use the code NTANTAA. With a phone reservation (888.236.2427), ask for the 2012 NTA/STS Congressional Summit Room Block at the Courtyard US Capitol New York Avenue. The rate is available through April 20.