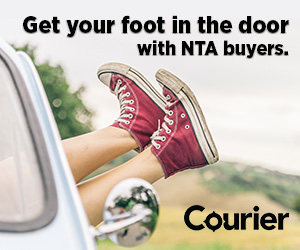 Active Hurricane Season Predicted
May 16, 2005 – According to CNN, forecasters are predicting that this year’s Atlantic hurricane season will be above normal, just as last year’s season. The 2004 season spawned 12 major storms and four direct hurricanes, which slammed Florida.

The annual forecast from the National Oceanic and Atmospheric Administration calls for seven to nine hurricanes during the coming season, which runs June 1 to November 30. Of those, the NOAA says three to five will be major storms ranked Category 3 or higher on the Saffir-Simpson scale of hurricane strength. This forecast is slightly higher than 2004’s, which predicted six to eight hurricanes, two to four of which would be at least Category 3, which has winds of 111 mph to 130 mph.

"It is difficult to make any kind of an accurate prediction of how many of these will strike land," said NOAA Administrator Conrad Lautenbacher. "But I think statistically you can look at the fact that when seasons are more active, and we have a higher level of hurricanes — you have a higher chance of hurricanes striking the United States."

Lautenbacher added, "So I would expect two to three perhaps striking the United States."

Frank Lepore of the National Hurricane Center said scientists were looking at warmer ocean temperatures as a possible factor in this year’s forecast.

Warm water provides fuel for tropical storms to increase strength and become fierce hurricanes. The surface temperatures of the Atlantic are warmer earlier this year than they were at the same time in 2004, Lepore said.

An average Atlantic season produces six hurricanes, Lepore said. "Just for historical perspective, we were actually below average in the decades of the ’70s, the ’80s and half-way through the ’90s," he said. "That is, less than six hurricanes on average per season."

Since 1995, the Atlantic hurricane seasons have been above normal except for the El Nino years of 1997 and 2002.